Login to Complete a Nomination or to Access Judging Panel 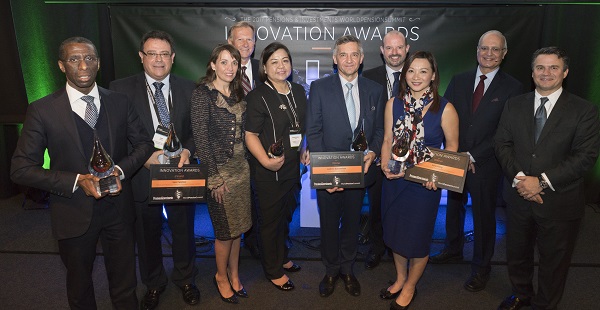 The United Nations, Singapore's Central Provident Fund (CPF), The UK National Employment Savings Trust (NEST) and Amundi have all been awarded Pensions & Investments WorldPensionSummit 2017 Innovation Awards. The winners received their awards today at the eighth WorldPensionSummit in The Hague, Netherlands.

The Technology award was won by the United Nations Joint Staff Pension Fund, for its creation of a bespoke data handling system, IPAS. Runner up in this category was the Philippines' Government Service Insurance System.

The CPF won the award for Communications, after the judges recognised the plan's success in reaching younger members through its #ICanAdult campaign, which reached more than 2 million savers through social media. The runner up was New Zealand's Kiwi Wealth Limited.

NEST took home the Investment, prize, after introducing a fund targeting climate change reduction into its default strategy. The runner up was the Transport for London Pension Fund.

The award for Plan Design went to Amundi Global Servicing for its multi-employer cross border pension plan, which can comply with legislation and regulation in seven different European jurisdictions, reducing cost and complexity for multi-national employers. The runner up was the Natal Joint Municipal Pension/Provident Fund of South Africa.

Chris Battaglia, CEO WorldPensionSummit and Group Publisher P&I, said: "Today's winners and finalists represent a gold standard in the areas of pensions technology, communications, investment and plan design. "Their commitment to raising standards in their markets, and the examples they set to pension plans around the world, is exceptional, and I am proud to be recognising all of them today."

The P&I WorldPensionSummit Innovation Awards recognise best practice among pension plans and funds worldwide. Winners and runners up are chosen by a panel of experienced global pensions industry figures. It is one of several P&I initiatives to reward high standards in the pensions industry, which also include the Defined Contribution Excellence and Innovation Awards and the "Eddy" Awards, which recognize outstanding efforts in education and communications for retirement plan participants.